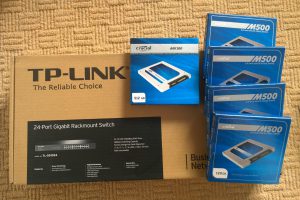 512GB SSD The Crucial CT512MX100SSD1 like the 120GBs I bought, seems like a great drive. Its going to make up the SSD tier in my file servers Storage Spaces

Network Cables I decided on new cables for the ISCSI switch, as I wanted them to be distinctive (my cabling is a mess). It doesn’t show it in the product description but the ends are red which is pretty cool

SSD Cradles Not that exciting, but they are cheap and fit the drives perfectly.

Using the above I have rearranged my lab (As shown below) 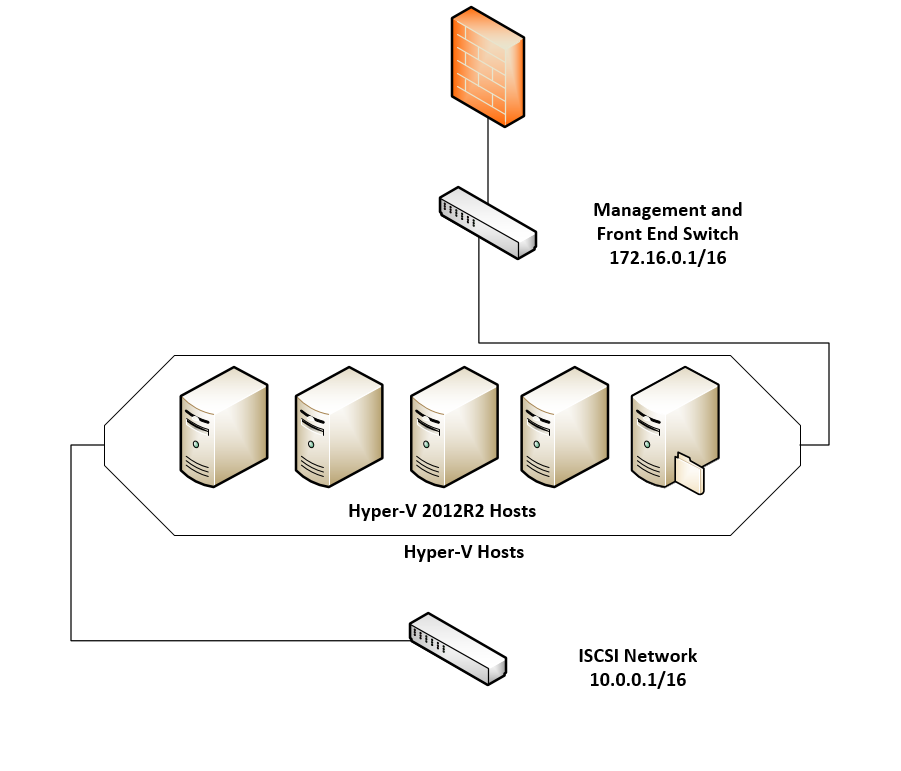 I now have a front-end network (172.16.0.1/16) for guest traffic and management and a back-end network (10.0.0.1/16) for ISCSI. So far the performance improvement over my previous SMB setup is pretty good, however this is will the new switch (isolated Traffic) and SSDs for the storage.

You may notice the folder icon on one of my hosts. I have installed the ISCSI Target server role on this box. It has 2 dual nics in it and serves out the ISCSI volumes to my other hosts. They each have a 1GB connection and for the limited number of VMs I run it seems to be ok.

At some point I will revert to SMB storage and do a comparison on speed, but at the moment I have more pressing things to test